Probably the most knowledgeable federal parliamentarian on security issues, Andrew Wilkie, has made it crystal clear why he won’t be rushing to download the Corvid-19 app. Basically, he doesn’t trust the government or its cyber spooks. The former Army officer resigned as an intelligent analyst from Australia’s Office of National Assessments over misinformation given out by then-PM John Howard on Iraq’s supposed weapons of mass destruction in Iraq. 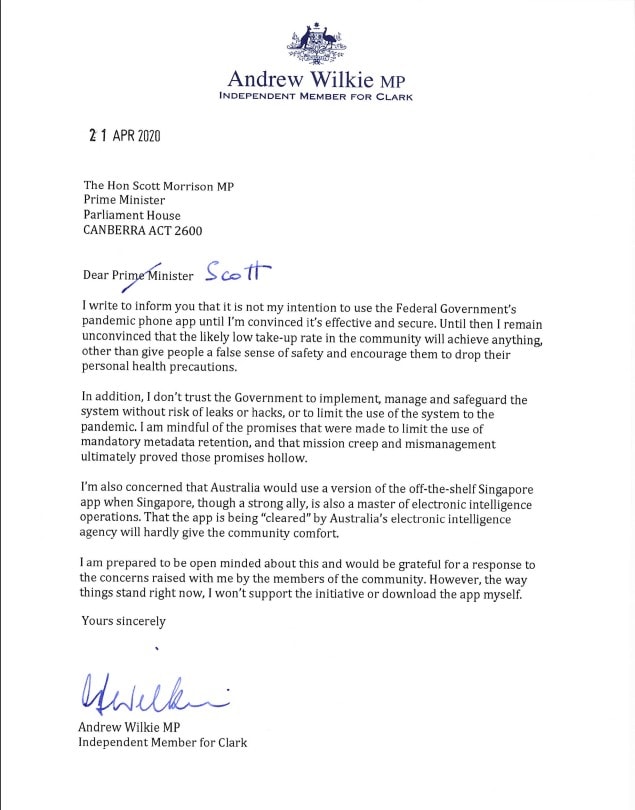