If you wanted to write an article about whether or not the Australian Parliament should have constructed a fence – actually, many fences – around Parliament House, you’d need some photos to illustrate the situation, wouldn’t you?

The moment you take photos of the fence, bored AFP and parliamentary security forces descend on you. Particularly now, when copious legions of uniformed personnel are guarding airy nothingness occupied mostly by nobody because the virus-avoiding MPs are generally locked down in their electorates. No public visitors, minimum media, the House of Ghosts.

(By the way, Canberra has never appeared less polluted than in these happy moments, certainly by comparison with the January bushfire smoke).

As a starting point for this tale, it should be remembered the prime aims of the design of Parliament House were that it should be:

CLA member Tony Murney decided to pop along and take some photographs of the fences, to eliminate copyright issues* and also to count the number of dragons’ teeth in the fences. This was to calculate the ratios of dragons’ teeth to Members and Senators, and per electorate, and by comparison with the number of Australians per tooth. The numbers will create a sort of a goofy stat to say what is going on here? Do Members of Parliament need this many protective teeth each, or more, or less, or even bigger teeth, or perhaps false teeth, etc?

* There are thousands of photos of Parliament House and its fences on the internet.

This is a record of Tony’s description of what he found on
‘A Viral Visit to (his/our) Parliament House’.

He expected to be approached by security in the process and was more than happy to answer their questions: “I am writing an article, etc.”

The security personnel, initially two but increasing to three, four and then five or more, arrived as expected. The team leader (TL) had a cordial discussion with him and Tony explained exactly what he was doing and why.

He asked for ID which Tony refused to provide as he wanted to keep his background out of it. (Tony is himself a former heavy in security at Parliament House, back in the day when it was fenceless. He has also been a security adviser in Afghanistan and Somalia, so he knows which way is up in protective security terms).

The TL told Tony two or three times he would detain or arrest him if he did not comply. Tony provided his ID under protest as it was, he said, just too much hassle to wait for ACT Policing to show up and then probably spend the rest of the afternoon at Canberra City Police Station before being released without charge.

Following this they let him go about his business, observed by two female officers on push bikes and another officer in an unmarked utility. They mostly left him alone on the Senate side of the building with the occupant of the utility spending the whole time talking to the two female officers.

This lasted until he walked a few metres through an open gate on the Senate driveway when one of the female officers rode up to him and said “Hey dude, you’re not allowed in there: Commonwealth cars go in there all the time and one might hit you”. He thanked the young officer and walked on past, despite having seen other people walk through the gate and up to the Senate entrance. 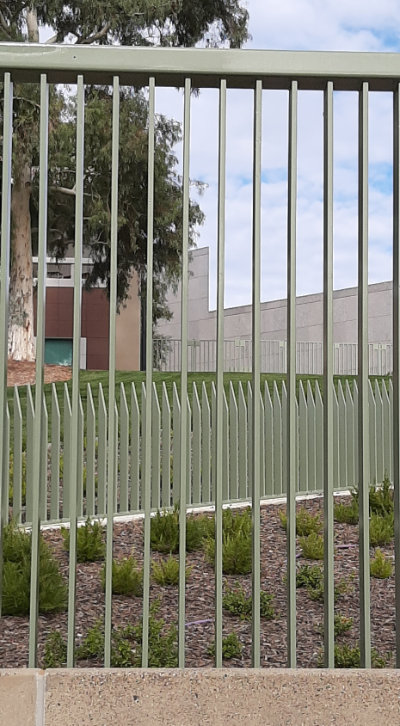 When he got to the Ministerial side of the building he was intercepted by two Sergeants and two or three other officers. After a brief discussion about whether he had achieved his objective or not they asked him to leave the precincts and said that if he didn’t they may issue him with a direction to do so.

He challenged the legality of such a direction in a public place, saying that the direction would probably be unlawful given that he was a citizen simply counting the teeth in a fence which was visible from the footpath.

He undertook to take no more photographs as he by now had sufficient for his purpose. He again drew their attention to the public nature of the place.

He then told them if they were going to issue a direction they should do so or he was going on about his business. They made several attempts to delay him by engaging in conversation as they were waiting on their Superintendent to arrive. Tony told them that if they were not going to issue a direction or detain him, he was going to get on with his work and walked off and continued what he was doing…with two of them following him, later joined by others.

As he approached the House of Representatives entrance the Assistant Serjeant-at-Arms (ASAA) then appeared (this is a position Tony used to hold) and showed him a copy of the photography guidelines and in particular the section relating to photographing the security features of the building.

Tony raised with the ASAA the question of how you could photograph the building without photographing the fence and pointed out that photographs of the fence were all over the internet anyway. He also questioned the legality of such a guideline as the fences were visible from a public place – not easy to hide from a security perspective – after all the purpose of a fence or barricade is to be seen by those it is meant to keep out.

At about this time the Superintendent arrived and the ASAA asked if he had photographed any of the security guards with automatic weapons. Tony replied that he hadn’t…but that there were again countless such photographs on the internet and on photo-sharing platforms. The Superintendent, who was very professional in her demeanour, concurred that this was the case and dropped that line of inquiry.

She asked if she could see his photographs to ensure there was nothing of security value amongst them. Tony refused this request but gave an undertaking that he would not publicise any security weaknesses he observed.

He finished his count about 4.30pm and told the ASAA that he was finished. The ASAA advised that Tony would be receiving a letter with a direction not to return to the Parliament House precincts for a specified period.

Tony told him that if such a direction was issued he would challenge it legally and the Presiding Officers (the President of the Senate and the Speaker of the House of Representatives) should prepare for a possible court case involving harassment, and seeking damages, as he had broken no laws and just exercised his rights as a citizen. 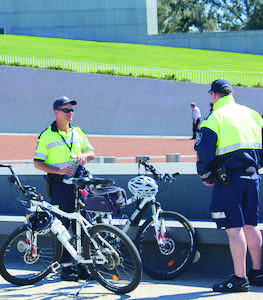 Generally, Tony said, the protection staff and the ASAA were cordial with the exception of one officer who was aggressive, mildly denigrating and sought to exceed his authority and bluff Tony into acquiescing to his wishes. This included a claim that Tony could be moved on under COVID-19 policies as he was not performing an essential function and breaching social distance requirements.

Tony explained that he was working on an article essential to an important cause and pointed around the pair of them to vastly empty spaces, with the exception of a few walkers, and told the officer that he must be kidding and that any such claims would look ridiculous and not withstand any form of scrutiny. The officer dropped the matter. 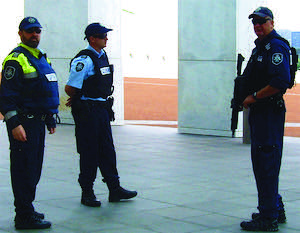 Within half an hour they had Tony’s background as a former Deputy Security Controller and Senior Executive Service Officer in the Australian Federal Police from their case management system. There were several other discussions about what he was doing and why which are not worth relating in the interests of brevity, Tony told me.

Tony says he was polite and cordial throughout but firm in his position. What should have taken a couple of hours eventually exceeded four hours due to all of the interruptions from the Guardians of the Ghost House. 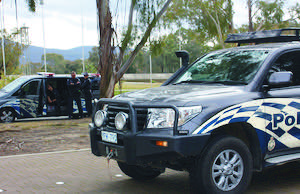 From a CLA perspective this whole experience raises three awkward issues about the current situation at the Australian Parliament.

Ah well. In the absence of any change in parliamentary disposition an ever more cynical Australia can only wish the guardians of the Ghost House

well in their lonely and empty vigil.

PS: One ONLY of these accompanying photos was taken by Tony Murney on the day in question – the one showing the fences: note that the second fence inside is toothed.

* The others were taken by the author, Civil Liberties Australia CEO Bill Rowlings, over the past 10 years, except for the one at bottom left, which is a media (BBC) photo…from the internet.

The post Fencing off the House of Ghosts appeared first on Civil Liberties Australia.